Some aspects of modern Japanese culture are familiar to those who have never visited the country. These include manga comic books and anime cartoons. These bring an array of stories to life - action and adventure, sports and games, mystery and romance, among others - and many have developed large overseas followings.

The origins of manga are said to be found in scrolls created hundreds of years ago in Japan depicting scenes from everyday life. During the Meiji period in the late 19th century, woodblock printing helped popularize the art form and it developed into a major publishing phenomenon in the 20th century. With the advent of moving film, many of the stories spawned their own cartoons, and anime were born; these have in turn inspired the creation of games featuring their characters that are played on mobile phones and computer screens.

Many manga and anime stories are set in real-life locations, some of which have become sites of pilgrimage for their Japanese and overseas fans. Japan's Anime Tourist Association compiles a list of recommended sites which it updates every year, and these regularly attract large numbers of visitors. Some of them host events publicizing their connection with the stories, for example by displaying original drawings of scenes in their corresponding locations.

The 2016 animated romantic fantasy "Your Name." tells the story of a schoolboy in Tokyo and a schoolgirl in the Japanese countryside who mysteriously begin to take on each other's identities. Tokyo's Shinjuku, Shinanomachi and Yotsuya stations, on the city's Chuo suburban railway line, feature in the story, as does the rural town of Hida in Gifu prefecture, famous for its quality sake. All attract legions of fans every year.

The Slam Dunk manga series, dating from the early 1990's, tells the story of a high school basketball team from the ocean resort of Enoshima, around 60kms south of Tokyo. It was adapted into an anime TV series that was broadcast worldwide and helped popularize basketball in Japan. Enoshima has since become a popular pilgrimage site for fans of the series from other countries in Asia.

On the game front, the annual Tokyo Game Show, held as a virtual event in 2020 and 2021, returned as a physical gathering of product creators and fans earlier this month at the city's Makuhari Messe convention center. More than 400 exhibitors from Japan and overseas have displayed their latest products, and the aim, say organizers, is to create a festive atmosphere in which game fans can gather remotely, interact with each other, and enjoy themselves "in the Metaverse." 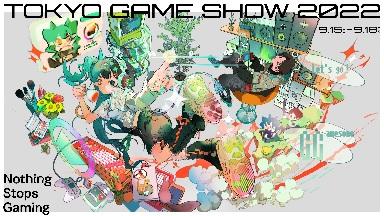 A term that most anime and manga fans will be familiar with is "cosplay", the practice of dressing up as a character from a comic book, cartoon film or video game. And there is actually an annual World Cosplay Summit, which takes place in Nagoya and the surrounding Aichi prefecture every summer. Its mission, say the organizers, is to provide physical or virtual opportunities for lovers of pop culture to interact, with the aim of fostering friendships across borders and cultures. 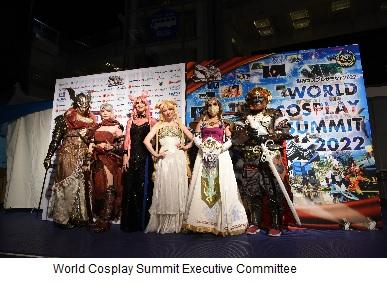 Local governments are recognizing the potential for these events and pilgrimages to lure tourists away from Japan's more traditional tourist destinations. The town of Oarai in Ibaraki prefecture, to the north-east of Tokyo, was the setting for the "Girls und Panzer" anime series featuring tank battles between schoolgirls, and the "Lucky Star" manga, depicting the daily lives of four high school girls, was set in Kuki, in neighboring Saitama prefecture. In both locations, fans will enjoy tracking down actual settings from their respective series and will find displays showcasing their most famous events; in addition, many of the local shops offer branded merchandize for those looking for themed souvenirs.

Finally, manga fans in particular should include a visit to one of Japan's many museums devoted to manga culture. The Fujiko F. Fujio museum in Kawasaki, just south of Tokyo, celebrates the talent of Hiroshi Fujimoto, the creator of the famous manga and anime character Doraemon and one half of a famous manga artist duo who were active from the 1950's to the 1990's. The museum contains stunning displays of his original artwork, and the works on display are constantly rotated, so repeat visitors will always find something new to admire.

We hope future visitors to Japan will enjoy discovering newer aspects of Japanese culture through these kinds of anime and manga experiences in some of the country's less well known destinations. There will be a lot for them to see!