Once Tokyo was selected as the host city of the 2020 Olympic and Paralympic Games, numerous new areas and facilities began to spring up in the city and points, including many all-new or fully refurbished sites purposed for sustainable long-term use, including by preserving original topography, adopting new technology, closely involving local communities, preserving traditional culture, and inviting diverse people to contribute their creative powers.

Hosting a large-scale international event such as the Olympic Games naturally requires the host city to develop a range of new facilities and infrastructure to accommodate the influx of people from throughout the world. As a result, the city benefits from becoming much more international and the daily lives of local inhabitants are greatly enhanced in terms of new transportation and other infrastructure. Such lasting effects form a key legacy of every Olympic Games. Indeed, the 1964 Tokyo Games gave Japan its world-famous Tokaido Bullet Train, the Metropolitan Expressway system crisscrossing the capital and the popular Sports Day national holiday, among many other welcomed advancements.

For the 2020 Games, one of the key questions was how to create a tangible and intangible legacy that could be passed on to future generations. Some of the answers are presented herein. 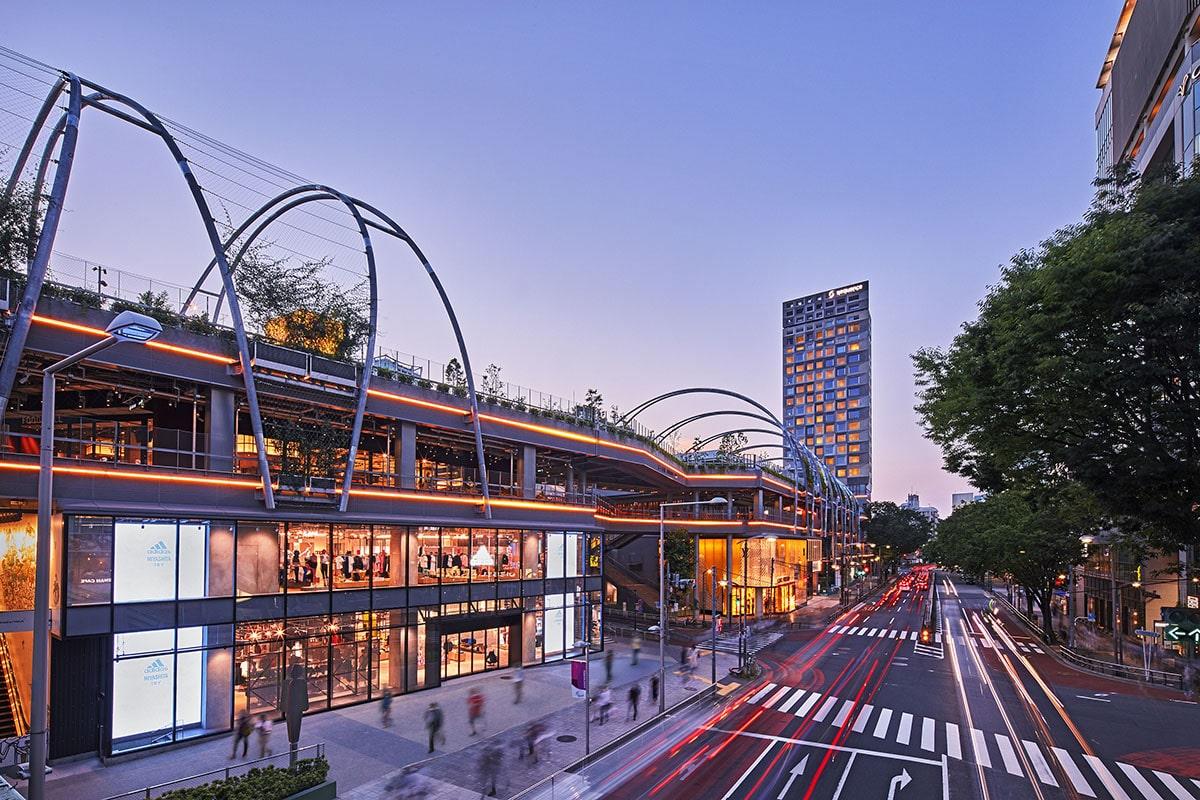 Shibuya's newest landmark, MIYASHITA PARK, opened in summer 2020 between Tokyo's Shibuya and Harajuku train stations, both of which are very popular with young people.

The complex perfectly captures the youthful and open energy of the surrounding are as a "three-dimensional city-park" with a fully landscaped roof serving as the new home of the former Shibuya Ward Miyashita Park. The low-rise complex, which measures about 330m in length, also has three levels of commercial facilities within the RAYARD MIYASHITA PARK mall and a hotel, the sequence MIYASHITA PARK. The entire complex is draped with a huge overhanging canopy of foliage to provide beautiful urban greenery.

Miyashita Park, long known as a quiet oasis in the middle of busy Shibuya, was created after World War II and later was redeveloped for the 1964 Tokyo Olympic Games as an elevated park with an underground parking lot for Japan's emerging automobile society. The newly redeveloped MIYASHITA PARK is a "park imbued with the power of communication" for new forms of exchange that promote the wider acceptance of all people. Visitors are sure to encounter new people, new things, new experiences and new culture every time. 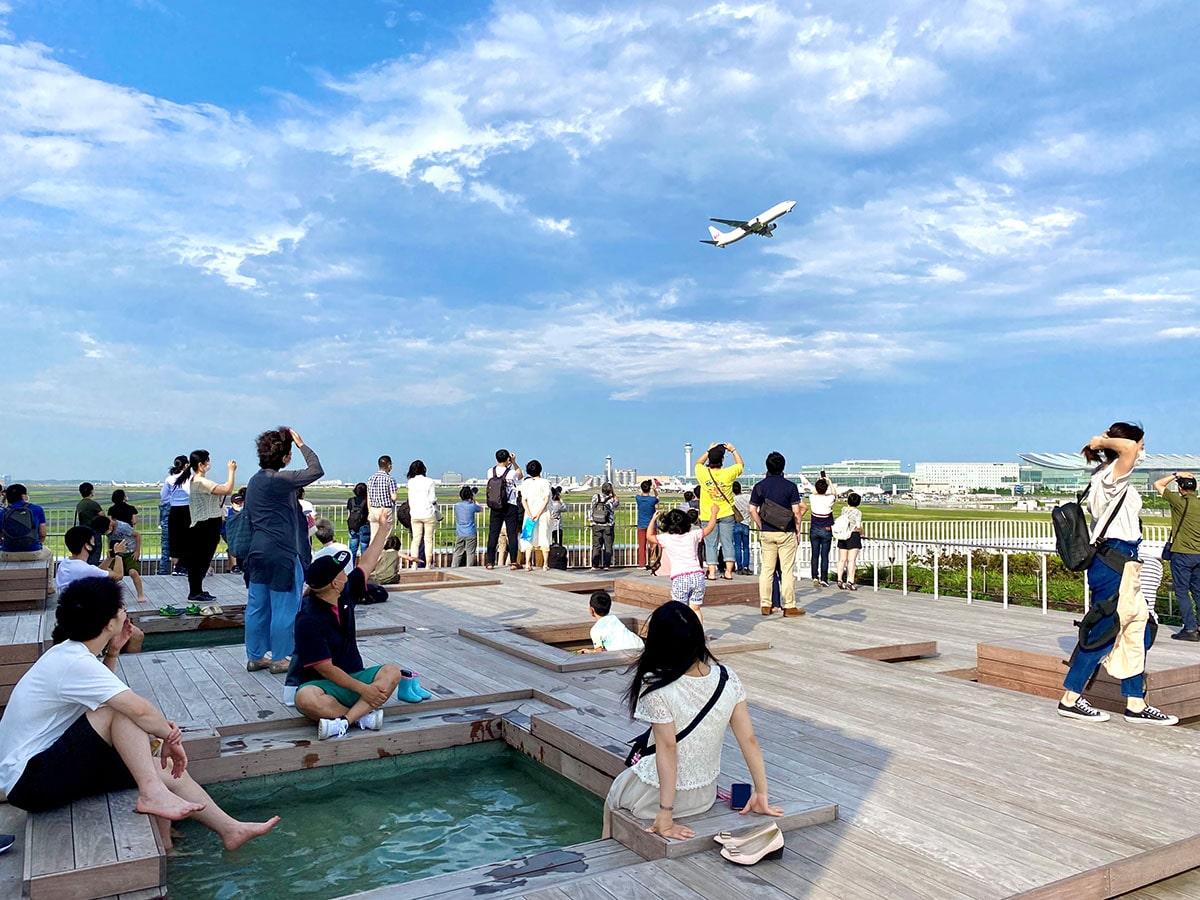 HANEDA INNOVATION CITY is a large commercial and business complex connected directly to Tenkubashi Station, just one stop from Tokyo's inner-city Haneda International Airport. It launched in July 2020 and but its grand opening is scheduled for 2023. Visitors to the 5.9-hectare complex can enjoy gourmet dining, Japanese cultural activities, music events and more. There also are research and development facilities, an advanced medical research center and convention facilities.

HANEDA INNOVATION CITY emphasizes its proximity to Haneda International Airport, combining Japanese culture and advanced technology to provide global visitors with a rich selection of new experiences. The goal is to deepen visitors' understanding of both new and traditional Japan. 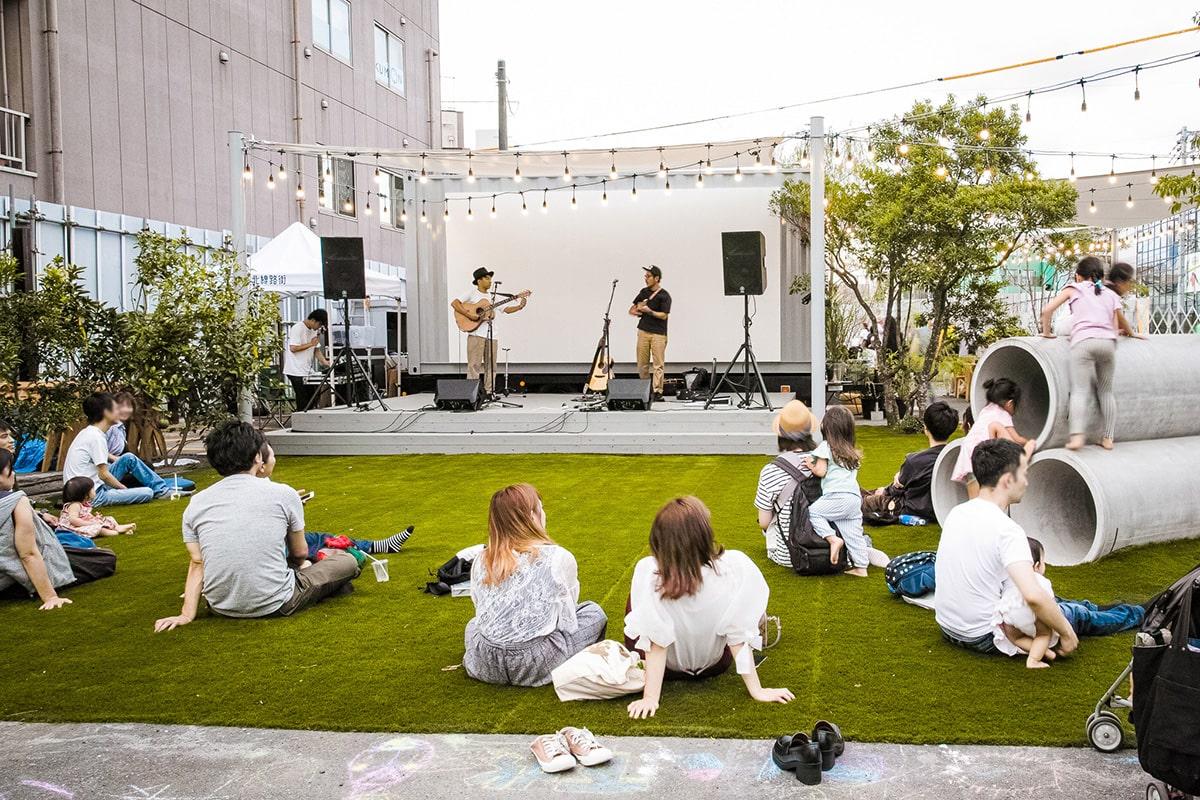 Another captivating new development in Tokyo is SHIMOKITA RAILROAD STREET (Senro-gai), which spans 1.7km of the Odakyu Line between Higashi-kitazawa and Setagaya-Daita stations on either side of Shimokitazawa Station. Initially opened in 2020, it has been expanding ever since.

Shimokitazawa has a traditional reputation as a bohemian community. One of its charms is its diverse range of people who live, work and visit the area in harmonious coexistence. While still retaining this traditional individuality, the area is now heading into the future.

Shimokita Railroad Street has attracted trendy commercial facilities, a hot-spring hotel, nursery school, student dormitories and more. In addition to creating a more urbane atmosphere, the development also is adding much needed greenery to the area

4. TOKYO mizumachi (ASAKUSA)
New community spot down by the riverside 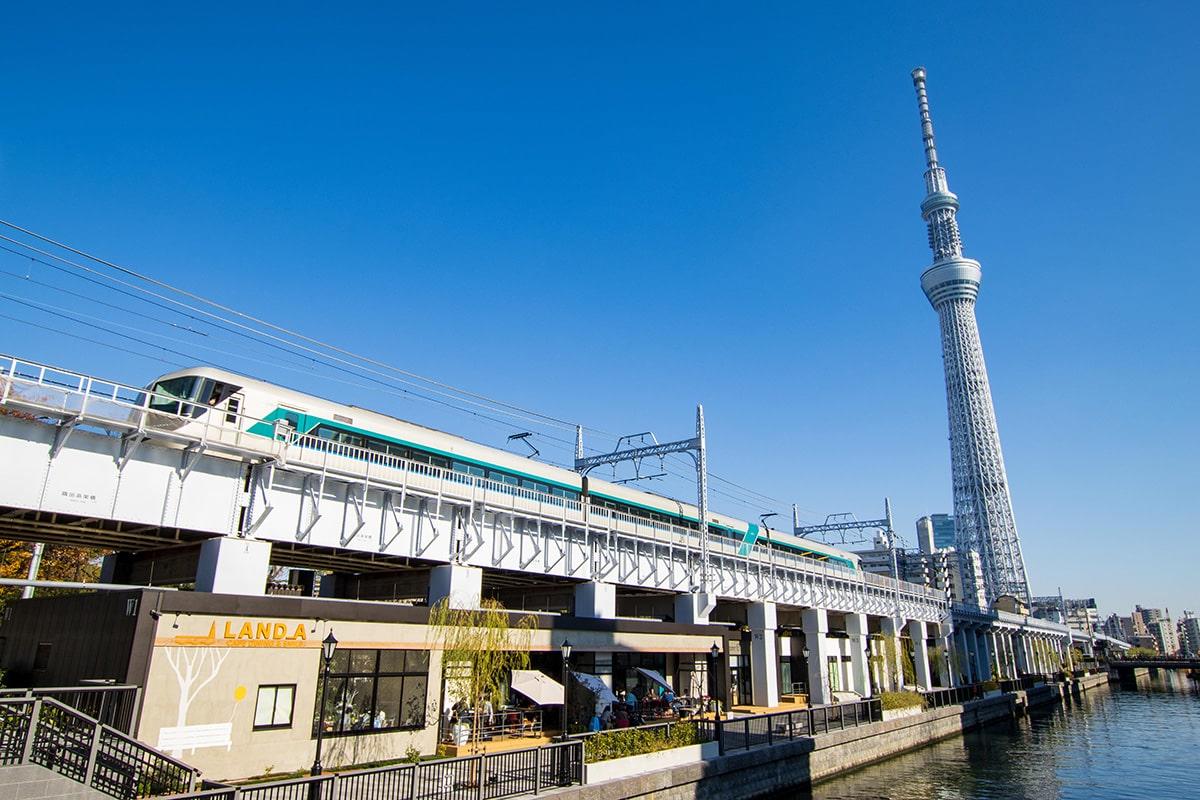 TOKYO mizumachi is a new commercial complex that initially opened in June 2020 below the elevated railway between the Tobu Skytree Line's Asakusa and Tokyo Skytree stations. Its two halves are joined by the SUMIDA RIVER WALK, a new pedestrian bridge built to connect the Asakusa and TOKYO SKYTREE TOWN sides of the Sumida River, one of Tokyo's major rivers.

TOKYO mizumachi (mizumachi literally means "water town") actually borders the banks of the KitaJyukken River just before it converges with the larger Sumida River. It is near by the TOKYO SKYTREE TOWN area surrounding the city's iconic 634-meter TOKYO SKYTREE, the World's highest broadcasting tower.

The concept behind TOKYO mizumachi is "A place where people, regions, and cultures come and go, where life is like travel and travel is like life." Overseas and domestic visitors alike can appreciate this new waterfront community where people are invited to experience two separate areas of Tokyo that are now linked together.

TOKYO mizumachi currently comprises 12 stores. The list of proprietors includes cafes, restaurants and bakeries overlooking the water, sports facilities and a community-type hostel for both domestic and international guests.

We hope you enjoyed this quick look at a number of new facilities launched under the inspiring influence of the 2020 Tokyo Olympic and Paralympic Games. The above roundup, however, is by no means complete. Other intriguing new developments include Tokyo Portcity Takeshiba, Hareza Ikebukuro, Green Springs, Ariake Garden and Hana-Biyori, which we invite you to check out.

As the global pandemic slowly edges toward a resolution, the Japan tourism scene is rapidly evolving in anticipation of an all-new era of inbound travel.