The rapid expansion of global tourism in recent years has coincided with growing concern in many countries over its impact on the environment and on the lives of those living and working in popular tourist destinations. The emergence of the COVID-19 pandemic has heightened these concerns.

Prior to the pandemic, the huge increase in the number of overseas visitors to Japan--driven in particular by rapid economic growth in other countries across Asia--was starting to sound alarm bells, with many people lamenting overcrowding and pollution at the country's major attractions and the resulting burden on local residents and communities.

In response to growing worldwide concern over the impact of economic growth, in 2015 the United Nations adopted a series of 17 Sustainable Development Goals (SDGs), a bold agenda aimed at ending extreme poverty, fighting inequality, and combatting climate change.

Tourism, effectively managed, has the potential to contribute directly or indirectly to all of the goals. It is specifically referenced in Goal 8 (inclusive and sustainable economic growth), Goal 12 (sustainable consumption and production) and Goal 14 (the sustainable use of oceans and marine resources). 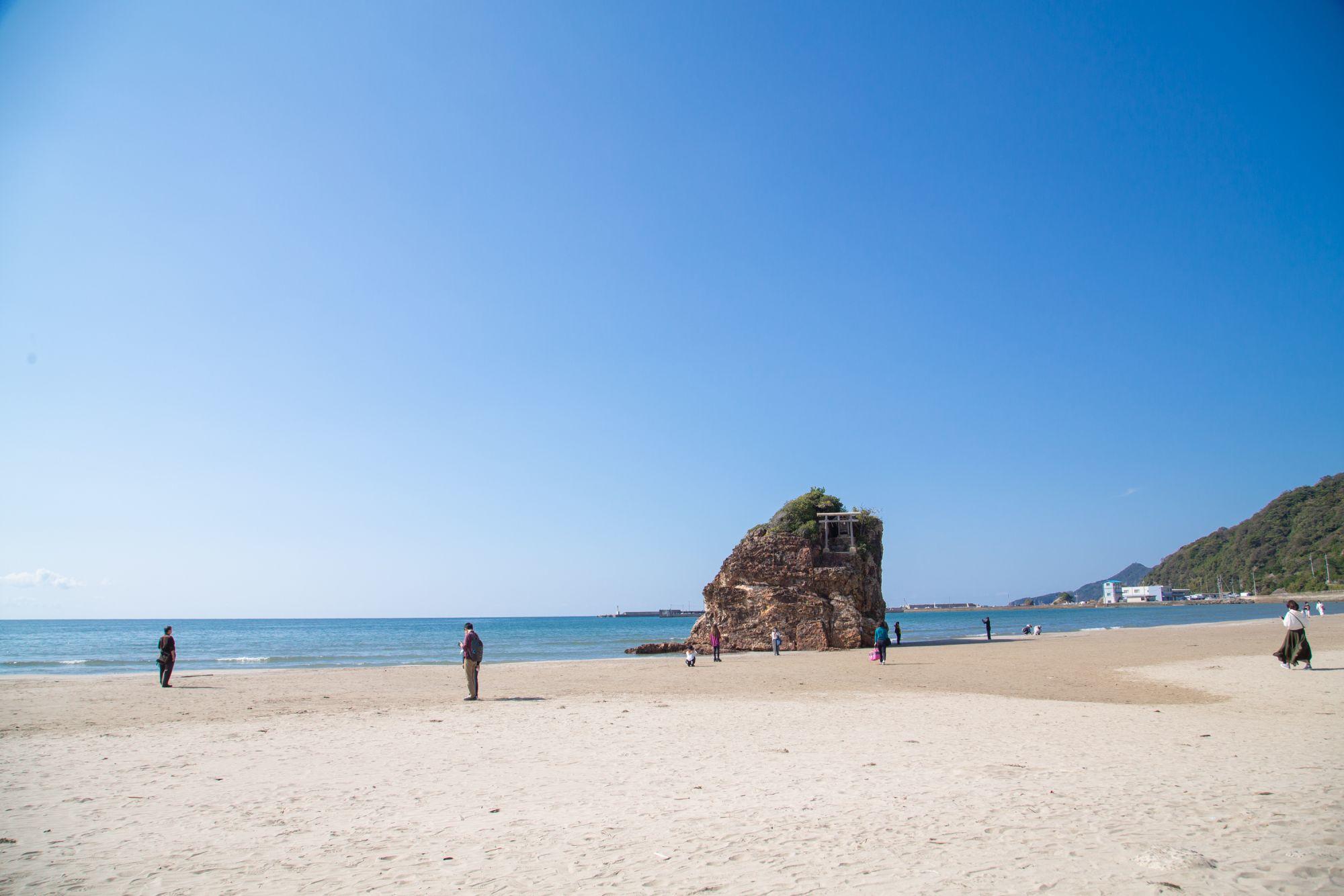 The UN's World Tourism Organization has accordingly called for 'sustainable tourism', defining this as "tourism that meets the needs of visitors, industry, the environment and the host community, while taking into account the environmental, socio-cultural and economic impacts of the present and future".

Acknowledging the responsibilities that go with being the world's third-largest economy, Japan is taking concrete steps to support these global targets. JNTO has accordingly formulated policies aimed at promoting sustainable tourism in Japan that will contribute to achievement of the SDGs.

The aim, says JNTO, is to make Japan in the post-COVID era "a tourist destination of choice for travelers around the world".

It seems likely that travelers will welcome this focus. A recent survey by the online operator booking.com[1] revealed that more than two-thirds of global travelers want the revenues generated by tourism to be shared with local communities. More than 40% expressed a wish to support local communities and economies by being more mindful of their travel choices. And there is growing evidence that tourists are becoming more aware of the need to protect and sustain resources in the places they visit.

The temporary halt in overseas tourism resulting from the COVID-19 pandemic is giving Japan further opportunity to consider how it can manage its tourism more effectively, and achieve these goals.

Concretely, JNTO will be promoting areas offering outdoor activities and with accommodation facilities that coexist with nature and therefore have less impact on the environment. This will encourage those with an awareness of the need to protect local environments to include these destinations in their itineraries.

[1] "Growing Awareness of the Impact of Travel: the Start of Responsible Travel", April 2021

They will also be promoting aspects of Japanese culture such as arts and crafts that have been nurtured since ancient times, encouraging overseas visitors to learn about these and to be mindful of the need to preserve them. Activities will include raising awareness of local food culture, encouraging the consumption of local produce, and offering cooking experiences to visitors.

JNTO will also be promoting travel to a much broader range of destinations across Japan and encouraging visitors to come at different times of the year, in order to ease the burden on current 'hotspots' and to spread traffic outside of traditional peak seasons.

Overall, JNTO will provide information and other support to local governments, highlighting to them how increased tourism can help create stable, long-term employment and stimulate their economies. In addition, they will encourage the promotion of travel packages where a portion of the proceeds are donated to local communities, aiming to ensure that these benefit more directly from inbound tourism.

With Japan's thousands of miles of coastline, it is natural that there should be a focus on the oceanside and waterfront communities that inhabit these. Here are details of two initiatives JNTO is actively pursuing as part of its support for environmentally-friendly tourism.

The Seto Inland Sea (瀬戸内海, or Setonaikai) lies between the main Japanese islands of Honshu, Kyushu and Shikoku. Stretching more than 400 kilometers from Osaka to Kitakyushu, its calm waters include some 3,000 islands, many of which are inhabited and connected by a crisscross network of ferries. 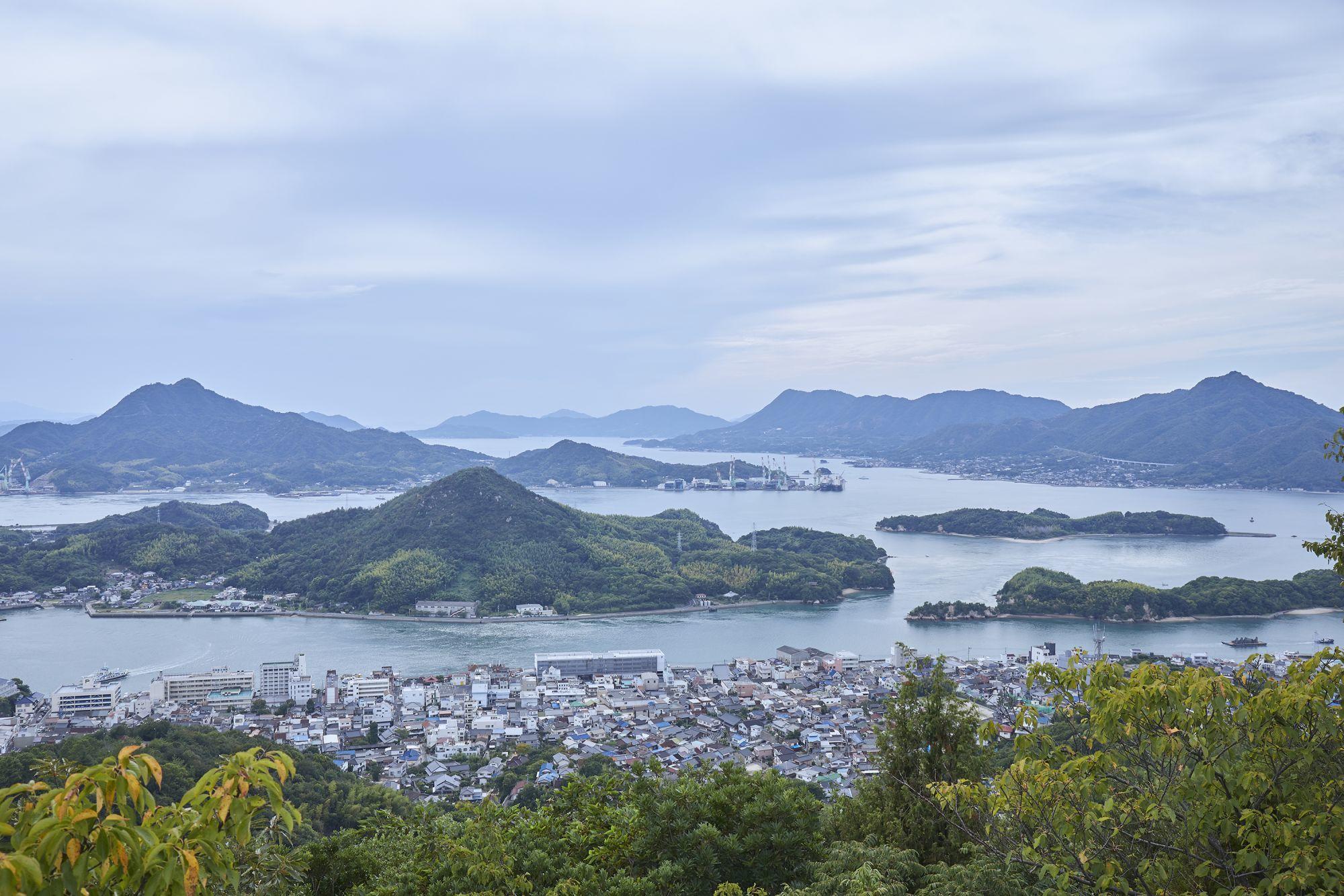 The Seto Inland Sea Ecotourism Council has put together a tour of the central part of the Inland Sea in the waters near Hiroshima prefecture, home to around 170 of the islands. Dubbed an 'adult study trip', the tour combines sightseeing by boat with study of the local environment, history and culture of the area.

The tour takes in the remote island of Osakikamijima, famous for its fruit produce and stunning views, and the tiny oceanside community of Yasuura, renowned for its cultivation of oysters. It also traverses the Tobishima Oceanside Road, popular with cyclists, and takes in the town of Takehara, known as the 'Little Kyoto of Aki Province', a prime producer of salt and saké in its heyday.

Takehara has become famous as the setting for the popular NHK TV drama Massan. It is the birthplace of Masataka Taketsuru, the father of Japanese whisky; a historical town featuring houses with beautiful plaster walls and amber woodwork lattice. Local guides explain the history of the area, illustrating these with stories and anecdotes that would be missed by those walking around by themselves.

Another tour offers visitors a chance to learn first-hand about the oyster trade, on which many local communities around the Seto Inland Sea depend. A boat transports them to Mitsuguchi Bay near the town of Kure, in Hiroshima prefecture. Under the guidance of a local oyster merchant, they try their hand removing oysters from their shells, something which can take a beginner two or three minutes, but which an experienced operator can do in 5-10 seconds! The tour concludes with a lunch of oysters at a local hotel with views across the sea. 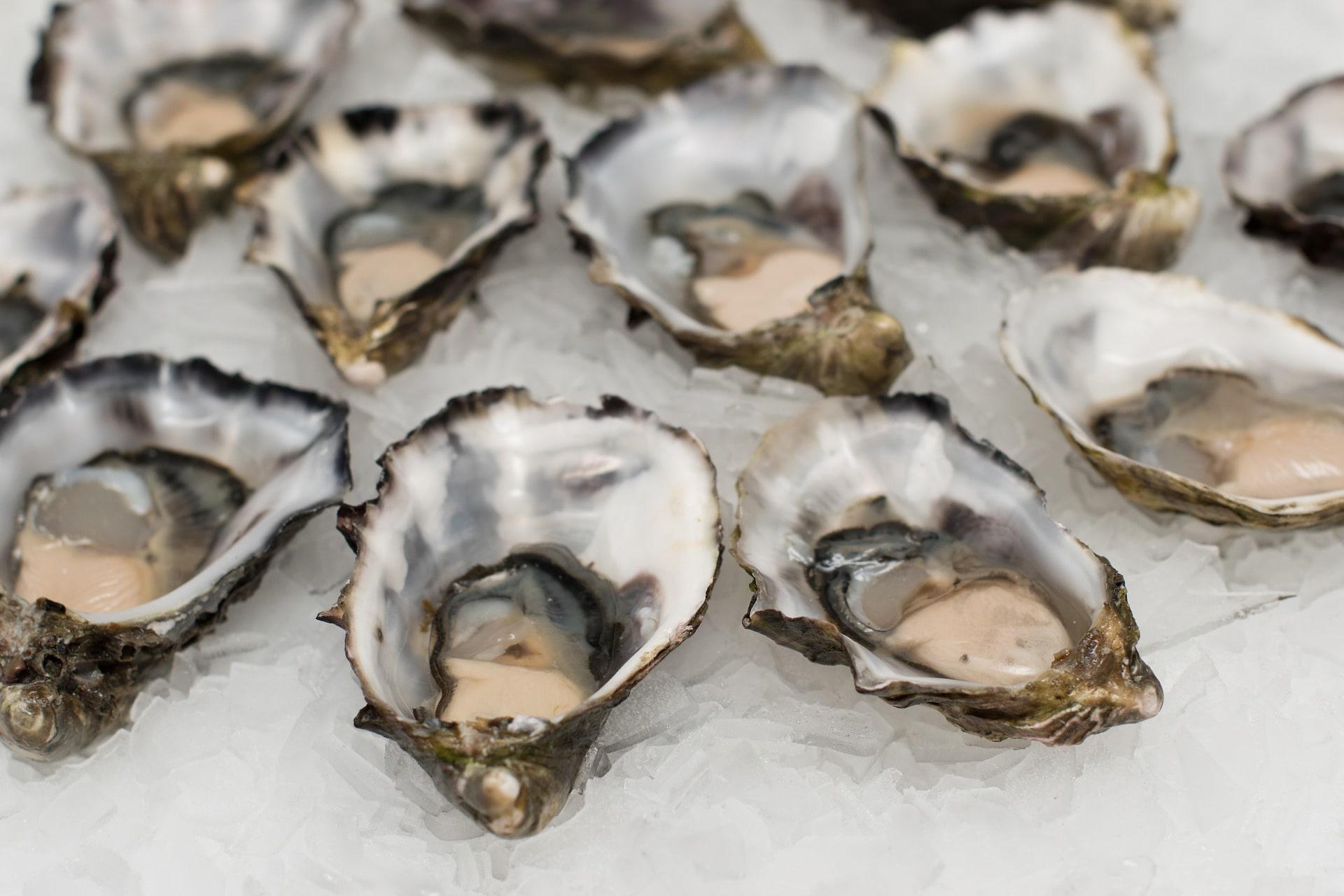 For the second eco-friendly tourist programs, we cross to the northern coast of Honshu, where the rugged Noto peninsula reaches out into the Sea of Japan like a crooked arm. Kotogahama beach, on the western edge of the peninsula, offers a unique attraction: sand that squeaks when you walk on it! The phenomenon is not fully understood, but quartz sand seems to produce this sound under certain circumstances, especially if the grains are rounded. 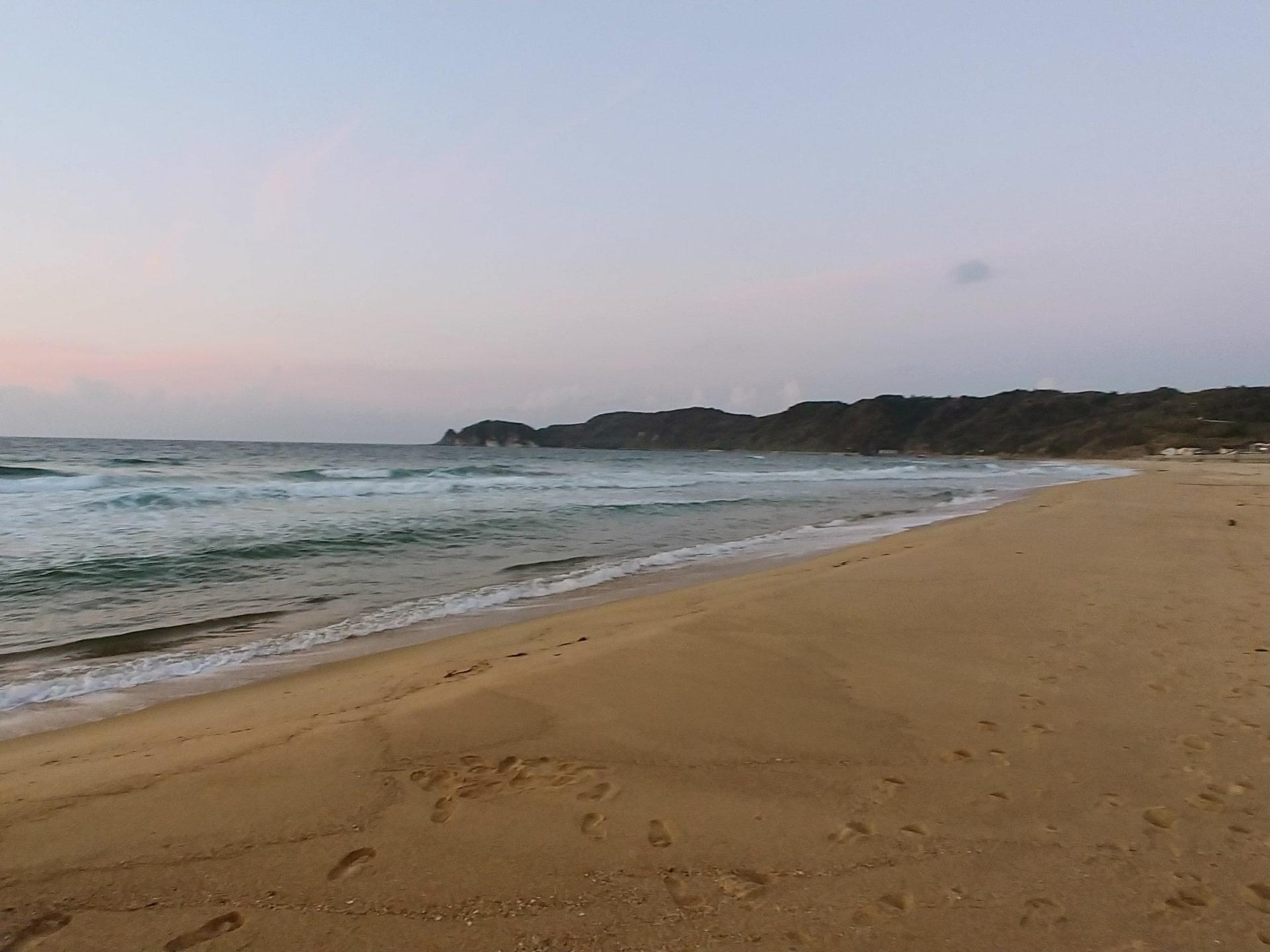 In 1996, Japan's Ministry of the Environment created a list of the best 100 soundscapes from across the country, hoping to preserve the sounds cherished by people as symbols of their community. The list features sounds which have special meaning to locals in all areas of Japan, ranging from the ringing of specific bells to birds' cries and the soundscapes of specific festivals. And of course, singing sand.

Tours are arranged allowing visitors to walk barefoot through the sand and relax in colorful swaying hammocks on the beach - a great stress-reliever guaranteed to lift the spirits of all city dwellers!

For the more active, games of frescoball are offered, where two players use small wooden bats and partner with each other to bat a small ball between themselves on the beach.

These are just two examples of regions of Japan already offering tourist experiences that are not only friendlier to the environment, but encourage visitors to experience more of the local culture and history of their destinations than the standard tour usually allows.

As JNTO looks to help the country's tourism sector recover after the COVID-19 pandemic subsides, we look forward to bringing you details of further local destinations and initiatives that are embracing the concept of 'sustainable tourism'.

Some photos and images featuring in this article are available for download at the Japan Online Media Center website at https://business.jnto.go.jp/resource/