1. Enjoy a hearty hotpot in an igloo!
At the Kamakura Village restaurant in Iiyama City, Nagano prefecture, which will be open from January 20 to February 26, 2023, visitors can enjoy hotpots made with local ingredients while seated inside a kamakura, or igloo. The construction of the 20 or so igloos by local people is a wintertime tradition in the village, and seeing them lit up at night will be a unique and unforgettable experience.
Restaurant Kamakura Village 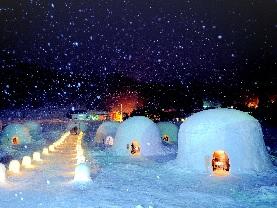 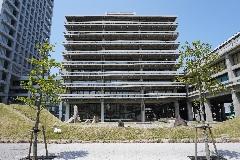 3. Hit the slopes early this season!
Nakayamatoge Ski Resort is always one of the first ski resorts in Japan to start operation each season. It is easily accessible, around just one hour from Sapporo by car. Many ski fans visit this resort for its famed natural snow and because its lifts start operating very early each morning. Nakayamatoge actually closes during part of the peak season, but it reopens in April when other resorts are winding down, offering winter sports fans a welcome season extension!
Nakayamatoge Ski Resort 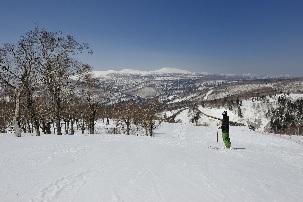 4. Huis Ten Bosch Countdown Fireworks
Huis Ten Bosch in Nagasaki Prefecture is a theme park where you can enjoy firework displays at various times during the summer and at year end. New Year's Eve is a special day, with New Year countdown live performances; fireworks are launched up close and a light show unfolds overhead with deep bass sounds that reverberate throughout the bodies of spectators.
Huis Ten Bosch 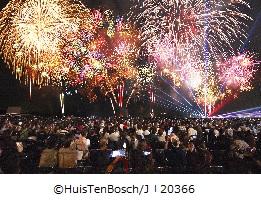 5. Illumination tunnel created in the hot spring town of Lake Toya, Hokkaido
A specially created illumination tunnel will be on display each day until March 31, 2023 at Lake Toya, a lakeside hot spring town in Hokkaido which was the site of the 2008 G8 Summit. Featuring around 400,000 lightbulbs, the illuminations will be switched on between 5 pm and 10 pm until the end of February and from 6 pm to 10 pm in March, brightening up the bustling plaza in the center of the town in a dazzling display.
Illumination Tunnel 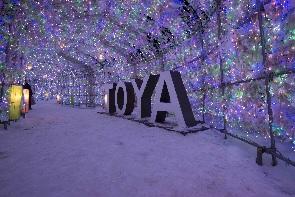 Notes:
• Items 1-2 is based on information from JNTO Partners
• The above details are correct as of the time of publication, and may be subject to change.
If you'd like to download photos and videos of Japan's tourist attractions, please visit the Japan Online Media Center (JOMC).