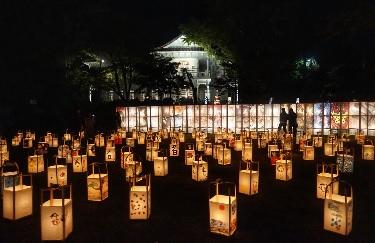 2. Kurikoma mountain in Miyagi prefecture - at its best from late September covered in autumn foliage
Kurikoma mountain is located near the center of the Tohoku region, and from its summit, five other peaks as well as the Pacific Ocean can be seen in the distance. The area is famous in Japan for its bright red autumn foliage, which is said to create a "divine carpet" of beauty and is best viewed from late September onwards.
Mt. Kurikoma 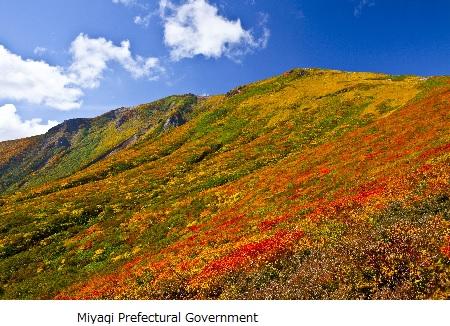 3. Hilton Hiroshima to open in the fall of 2022
In the fall of 2022, the Hilton Hiroshima will open in a prime location close to the Atomic Bomb Dome, a UNESCO World Heritage Site, and the Peace Memorial Park. Featuring the largest conference facilities in the Chugoku and Shikoku regions--19 banquet and meeting rooms, including a ballroom able to accommodate more than 1,000 people and state-of-the-art audio-visual equipment--the new hotel will be able to host large-scale international conferences.
Hilton Hiroshima

4. The Takayama Autumn Festival to be held on Oct. 9 and 10
The Takayama Autumn Festival, or Hachiman Festival, is a celebration held at the Sakurayama Hachimangu Shrine on October 9 and 10 every year, and is considered to be one of the three most colorful festivals in Japan. 11 festival floats are paraded in a procession, wowing onlookers with their dazzling appearance. At night, around 100 decorative lanterns are illuminated around each float, creating a glamorous and memorable scene.
Takayama Festival | HIDA TAKAYAMA

Notes:
• Items 1-2, 4 are based on information from JNTO Partners
• The above details are correct as of the time of publication, and may be subject to change.

If you'd like to download photos and videos of Japan's tourist attractions, please visit the Japan Online Media Center (JOMC).
For media inquiries, including requests to use photographs, please contact the JNTO Press office at media_inquiry@jnto.go.jp