On July 18 there will be just 1,000 days to go until Expo 2025, due to be held from April 13 to October 13, 2025, at Yumeshima, Osaka. Under the theme "Designing Future Society for Our Lives," the venues and exhibits will utilize cutting-edge technologies, focusing on carbon neutrality, digital technology, and next-generation mobility. As of June 14, 120 countries and regions and seven international organizations have expressed their intention to participate in the Expo. Stay tuned for more information about the countdown events! 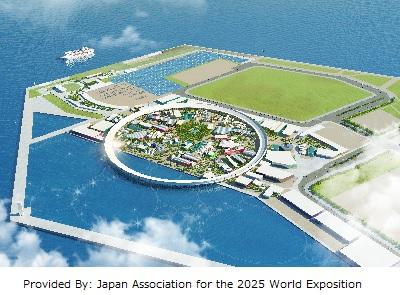 2. Trek to secluded Kinunuma wetlands during the best season (P)

For more active travelers and nature lovers, early summer is a perfect time to visit the Kinunuma wetlands in Tochigi prefecture; at an elevation of 2,040 meters, the highest altitude marshland in Japan. The alpine plants are starting to bloom, and the summer season will soon be upon us. There are also four inns with hot springs in the area, each with a different underground source. While trekking through the marshland, visitors can also relax and rejuvenate themselves in these!

3. Come practice yoga at 450 meters above the ground at TOKYO SKYTREE (P)

The TOKYO SKYTREE is famous for its spectacular views, and that is not all it has to offer. Yoga sessions suitable for all levels are held at the TOKYO SKYTREE on the 21st of every month. With the breathtaking views, participants will get to relax both their minds and bodies.

With over 400 years of history and tradition, the Gujo Odori dance festival in Gifu prefecture is one of the most important bon dance festivals in Japan, and has been designated as a Significant Intangible Cultural Folk Asset by the Japanese government. The festival will be held after a two-year break, and should not be missed!

Hiroshima is known as a city of peace and culture, with many famous historical spots for visitors to explore. Kagura is a traditional performing art--a type of Shinto ceremony dance that conveys a feeling of gratitude for the bounty of nature--and the local Kagura ceremony in Hiroshima has been preserved over many years. Be sure to watch a Hiroshima Kagura performance during your visit to Hiroshima!

6. Ride into the whirlpools of Naruto Strait in Tokushima (P)

The currents in the Naruto Straits between Tokushima prefecture and Awaji island are among the strongest in Japan, possibly some of the strongest in the world! Larger whirlpools can be up to 20 meters in diameter. For a little adventure, why not take a sightseeing boat right up alongside the whirlpools? 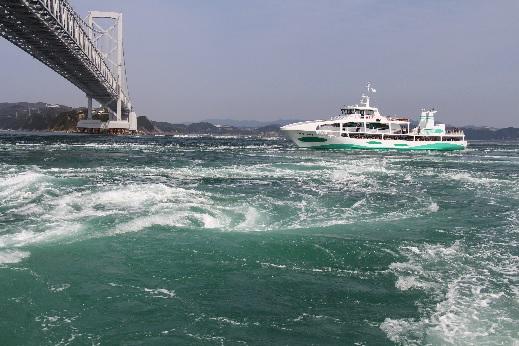 Located amidst the pristine nature of Awaji island in Seto Inland Sea, Zenbo Seinei was developed as a place to allow visitors to experience Zen. If you would like to escape from the commotion of everyday life and experience a moment of peace and tranquility in the great outdoors, this is the place to be.

8. Nebuta Festival, one of the three major festivals in Tohoku, is back this summer!

Held from August 2 to 7, the Nebuta Festival is the highlight of Aomori's summer. The main attractions are large, colorful and dramatic floats in human form called Nebuta, which resemble ancient warlords, historical characters and kabuki characters from days gone by. The floats parade through the streets of Aomori, with Haneto dancers bouncing down the streets to the lively music of Nebuta bayashi bands. Visitors making a prior reservation can even join the parade as a Haneto dancer.

9. Gion Kashiwazaki fireworks illuminate the summer night sky above the Sea of Japan

Summer in Japan is not complete without fireworks. While there are many firework festivals held across the country, the fireworks at the Gion Kashiwazaki Festival in Niigata prefecture are truly spectacular, shooting up from the coastline of the Sea of Japan. This year's fireworks festival will be held on July 26.

10. Immerse yourself in a world of dancing goldfish at the Art Aquarium Museum

If you enjoy art, design, and aquariums, the Art Aquarium Museum at the Ginza Mitsukoshi department store is for you! The museum allows visitors to experience the exhibits using all five senses, in a magical world of goldfish tanks! 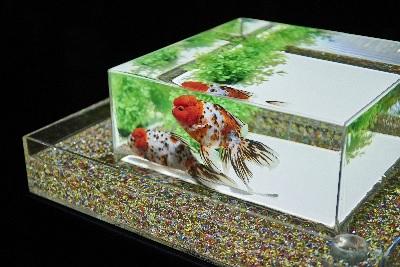 (P): JNTO Partner's Information
Please note the above details are correct as of the time of publication, and may be subject to change.

For media inquiries, including requests to use photographs, please contact: JNTO Press Office